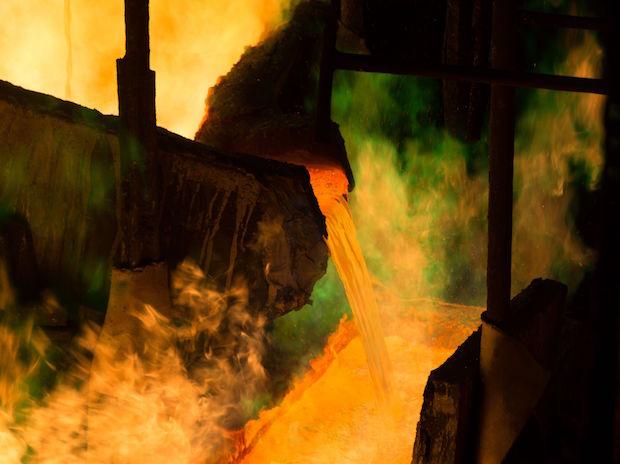 Copper’s blistering rally above $10,700 a ton came in May as lockdown restrictions sparked insatiable demand for metals in housing and consumer goods.

The global energy crisis is casting a pall over copper, as investors who are bullish on its long-term prospects fret that power shortages and factory slowdowns could trigger a retreat in the near term.

As a reliable gauge of economic health, copper is fast becoming a canary in the coal mine for analysts and academics, who fear that the surging costs of natural gas and electricity will send markets reeling. That could unleash a bout of stagflation, where demand from consumers and manufacturers craters but the costs of goods and raw materials remain stubbornly high.

Yet energy isn’t the only weight on copper, a metal that’s essential for builders, automakers and electronics manufacturers. The risk of a collapse in China’s debt-addled property sector plus the ongoing economic threat posed by Covid-19’s delta variant are prompting investors to pull back and wait it out on the sidelines – at least for now.

“In the short term there are some headwinds, mainly due to concerns about China’s economy,” said Jay Tatum, portfolio manager at New York-based Valent Asset Management. “But once the world gets back to normal growth rates, evenly spread across the economy, we still think there’s a strong case to be made for metals like copper.”

Copper’s blistering rally above $10,700 a ton came in May as lockdown restrictions sparked insatiable demand for metals in housing and consumer goods. Numerous traders and banks bet that prices would increase even more, theorizing that the manufacturing boom would dovetail into long-term plans for electric vehicles and renewable energy.

Instead, copper has dropped to about $9,300 as China’s property crisis and the delta variant roiled markets. And then came the energy crisis, with economies emerging from the pandemic thirsting for coal, gas and renewables while supplies fell short. Citigroup Inc. — one of the biggest cheerleaders for copper earlier this year — now warns that prices could fall another 10%, with demand shrinking over the next three months.

“What tipped me over the edge in terms of becoming outright bearish was the power, coal and gas crisis,” said Max Layton, managing director for commodities research at Citigroup in London. “The concern is that it gets a lot worse.”

On Friday, biggest-consumer China said it will allow 20% increases in power prices for energy-intensive companies, and most of its provinces are limiting electricity use. Manufacturing activity contracted last month for the first time since the pandemic began.

In Europe, a gauge by IHS Markit that measures business activity in manufacturing fell last month by the biggest margin since April 2020 — the beginning of the pandemic. Growth in new orders, output and employment slowed considerably after companies such as CF Industries, Yara International ASA and BASF SE said they’d be reducing production because energy was too expensive.

With spot copper demand still holding up well for now, the default stance among investors appears to be inertia. Speculative positioning in both London and New York contracts has pulled back to pre-pandemic levels, though prices remain about 50% higher than at the end of 2019 and were trading at $9,368 a ton.

So far, fears about widespread industrial brownouts have yet to be realized. A measure of U.S. manufacturing expanded in September at the fastest pace in four months, with 17 industries reporting growth. Congress also is debating President Joe Biden’s economic agenda that earmarks more than $1 trillion in domestic spending.